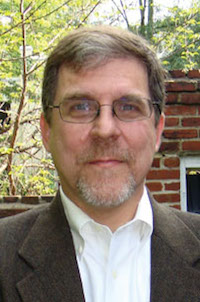 “Social media has coarsened public discourse, silenced conservative voices, and lowered the quality of journalism. We must do something about it.”

Dr. James S. Robbins is a columnist for USA Today and Senior Fellow for National Security Affairs at the American Foreign Policy Council.

He is the award-winning former Senior Editorial Writer for Foreign Affairs at the Washington Times. He has taught at The Fletcher School, Boston University, Marine Corps University, and National Defense University. He also served as a special assistant in the Office of the Secretary of Defense.

His books include The Real Custer: From Boy General to Tragic Hero (2014), Native Americans: Patriotism, Exceptionalism and the New American Identity (2013), This time We win: Revisiting the Tet Offensive (2010), and Last in Their Class: Custer, Pickett and the Goats of West Point (2006).