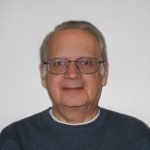 “The free press is essential for an informed public and to maintain the proper balance between those who govern and those who are governed.”

Ted Agres (1949-2020) was a veteran journalist with more than 40 years of editing and writing experience who took an active role in developing the FreePress Foundation. He has written for many news, science, and technology journals. He served as assistant managing editor and deputy managing editor at The Washington Times from its founding in 1982 until 2010. After the collapse of the Soviet Union in 1991, he helped establish an international news cooperative for newspapers in Estonia, Bulgaria, Romania, and Hungary.

He also established and supervised professional training programs for foreign editors and journalists working with the State Department and private foundations.

Agres pioneered the creation of The Washington Times’ Internet edition with a small team from IT in the mid-1990s. He also helped organize and run an “Individuated” Newspaper Conference in partnership with MediaNews Group (Denver Post) in Washington, DC. He headed up a demonstration project for the nation’s first personalized newspaper, in partnership with Océ North America and Syntops GmbH, a German software company. Agres is currently a senior editor at Health Affairs, the leading peer-reviewed health policy journal. He has an MBA from Johns Hopkins University and a bachelor’s degree from the University of Chicago.